How to convert markup into margin

If you’re looking for a quick, straightforward way to convert markup into margin, this is it.

How to turn Markup into Margin | inFlow Inventory

We’ve written about the markup formula and the margin formula before, but our previous post was specifically for calculating these numbers when you already had the price and cost of that particular product. But a few readers contacted us with another question: if you only know the markup percentage, is there a formula to convert markup directly into margin?

The answer is yes, and we’ve written out the formulas below.

How to convert markup into margin (or margin into markup)

In general we’d recommend that you still know your price and cost as real numbers when examining markup and margin, but if you’re just trying to do quick conversions, these formulas will do the trick:

Let’s take the example of a 50% margin and see how to express that value as markup: 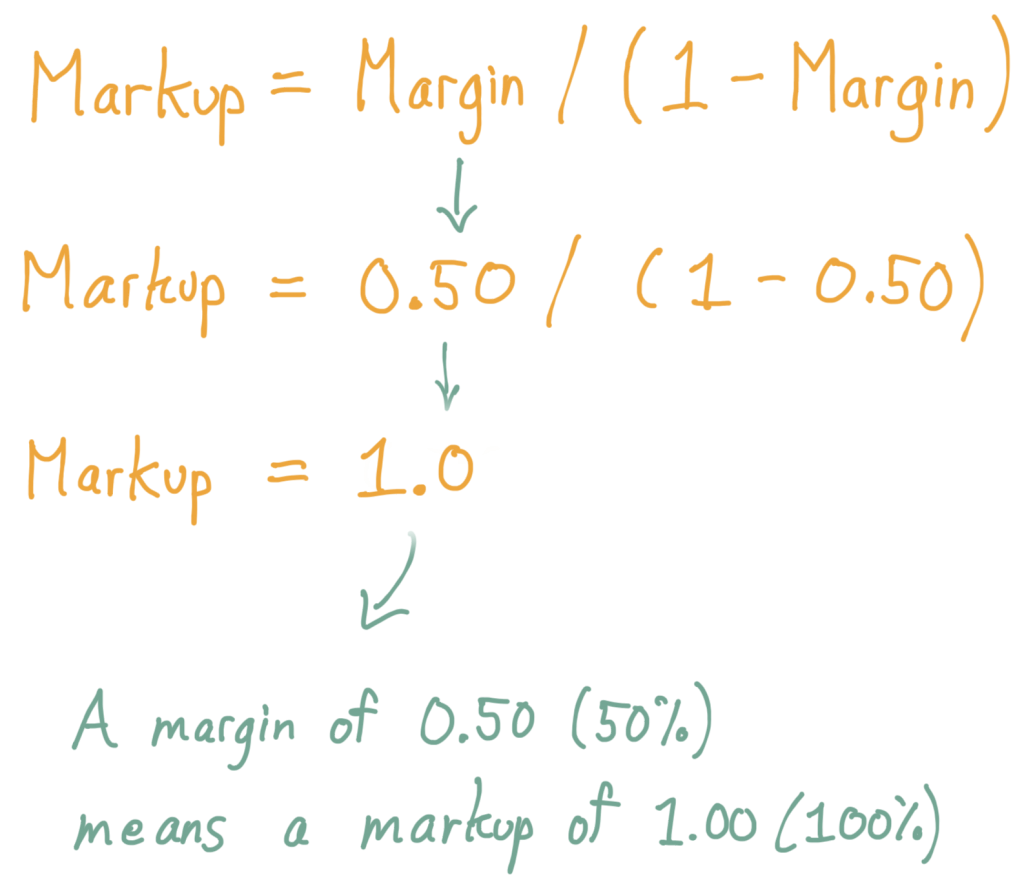 A quick table of margin and markup values

As you can see, once you have a number for margin in place, it’s very easy to figure out markup. Since there’s a simple mathematical relationship between the two, you can even keep a table of a few markup and margin values in mind: 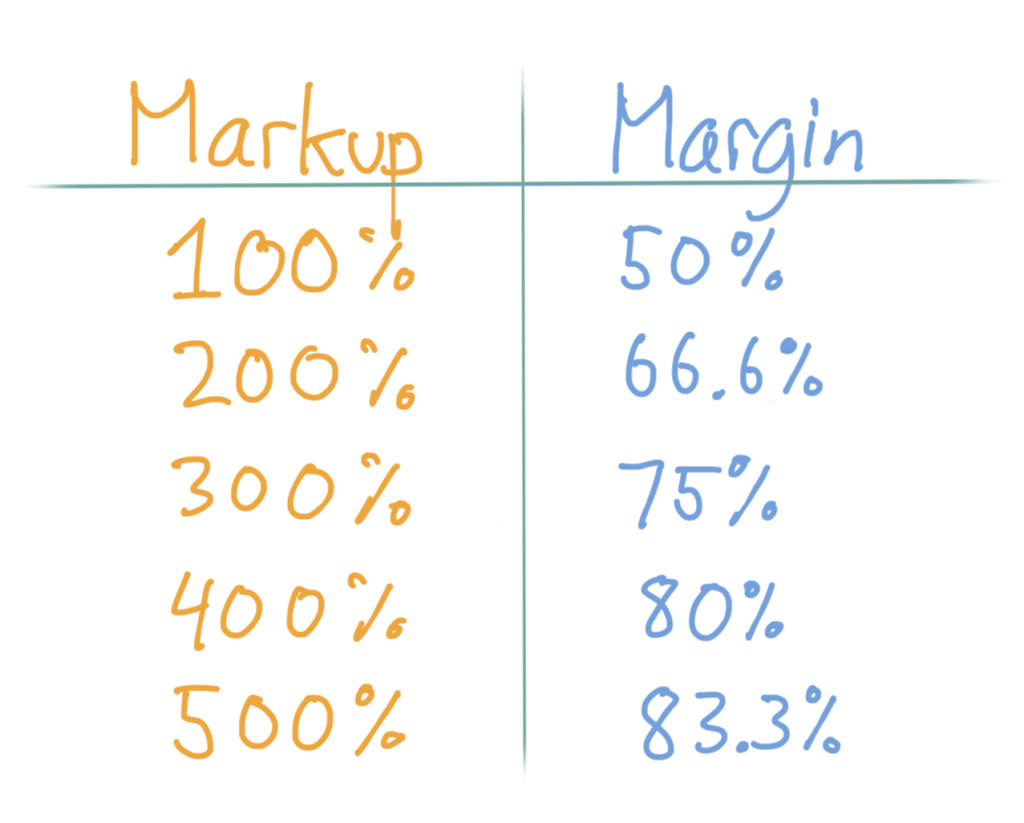 You can use the formulas above or this quick table to quickly convert margin into markup, or express markup as a profit margin. But if you’re not sure what each number means, our original Margin vs. Markup post can provide more context.

As easy as all that math is, you don’t actually have to crunch those numbers yourself.

If you manage your purchases and sales in inFlow Cloud, then the system will know your unit costs and sale prices. inFlow can automatically calculate your markup for you on a per-product basis, or make sure that your markup percentage is fixed (so that you always make money, even if it becomes more expensive to buy more stock). If you have multiple pricing schemes that have different markup values (like wholesale vs. retail pricing), you can also import multiple pricing schemes at once.

In short, inFlow Cloud saves you time and takes care of the calculations as your costs change!

Thomas is a 100% human being who divides his time between writing medium-sized articles with his keyboard and taking large photographs with his camera.